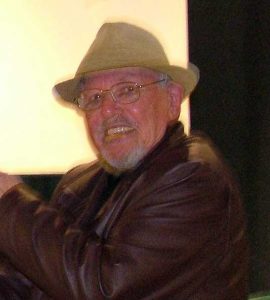 The J R Chalmers Trophy will be a Grand Prix competition involving, where possible, all of the  major weekend chess congresses in the TAFCA area, plus the TAFCA League & the TAFCA Allegro Individual championships. The weekend chess congresses organised within the TAFCA area, but not run by TAFCA, represent the wide area of influence over the years that Jim Chalmers had in his role as promoter, organiser and in his long standing position as TAFCA President.

All the rules of this event must not add anything to the burden of weekend congress events and their organisers.

1. This competition is open to paid up members of TAFCA affiliated clubs.

3. The trophy shall be won by the player who has the highest number of grand prix points.

4. In the event of a tie at the end of the Grand Prix tournament, then the trophy will be shared.

5. Only “Main list” time-control events are eligible. The one exception to this is the TAFCA Individual Allegro Championships,

6. To gain points, a player just enters any of the designated TAFCA Grand Prix events. Grand Prix points will be accumulated throughout the events.

7. You must play a minimum of three games in an event for your score to be eligible for Grand Prix points. (excluding the TAFCA Leagues)

8. Your points score in any of the TAFCA designated events will make up your Grand Prix points. (See rule 9 & rule 10).

9. Half point byes and defaults will not count.

10. TAFCA reserve the right to take any measures to facilitate the smooth running of the J R Chalmers Grand Prix Trophy, and will ensure that the rules and conditions are applied fairly.

13. Publicity: Information about the Grand Prix will appear on the TAFCA website. There may also be leader board notices at eligible tournaments.

14. Scores: Grand Prix points will be updated on line as soon as the results of an event have been submitted for grading to Chess Scotland. If you think scores are wrong, please contact the Grand Prix organiser immediately.

“Weekend congress” is defined as an event taking place over one weekend.

“Main List” means events taking place with a time control by which it is processed for the main Chess Scotland grading list, ie., not an allegro rated event.

Andre Babin (Castlehill) is still leading the way! Wilf Wheatley (St.Andrews Uni) moves into 2nd place after his nice win against Castlehill B!

Andre Babin (Castlehill) increases his lead at the top of the “J.R.Chalmers Grand Prix Memorial” table after a devastating show of chess class in the TAFCA Allegro Championship Series, Kirkcaldy on Wed 6th Jan 21!

Still a long, long way to go!
For all the standings so far, click the link above. (does not include Tuesday 5th Jan TAFCA League match results yet)

This year’s event will include the following competitions:

There may be an event added later, just watch this space.

The player with the most points at the end of the TAFCA season will be champion!

The TAFCA League starts first week in November, and the first Allegro is on Wed 18th Nov 20, 7:30pm. (Allegro page)

The tables have been updated with some outstanding league match results, which I was a bit late updating due to you know what!

Raymond Flood (Dundee) the defending champion is top of the table and looking good to retain his title.

Of course all decisions about all this seasons TAFCA events and the COVID-19 Virus pandemic have yet to be made but will not be long in coming so please checkout our website on a regular basis.

Ray Flood (Dundee) still leads the way by 2 points from Laurenziu Archip (Dundee). David Hall (Perth) is a further 5½ points behind the leader in 3rd place, but still time to do some damage!  Ray Flood is defending his title in style this season and is looking good to win it for a second year, but it`s still too close to call!

New leader and the defending champion, Raymond Flood (Dundee) took full advantage of Laurenziu Archip`s (Dundee) absence from the Perth Chess Congress! David Hall (Perth) moves into 3rd place, while Andre Babin & Jan Barron-Majerik (both Castlehill) are in equal 4th place! Still a lot of matches to be played but Raymond Flood will be hard to stop!

Laurenziu Archip (Dundee) after the TAFCA Allegro Championship, Perth, still leads by 2½ points from his nearest rivals, but there is still a long way to go. He will take some stopping and It`s better to be in front, than being the chasing pack!
——————————————————————————-
Laurenziu Archip (Dundee) still leads the J.R.Chalmers Grand Prix Memorial after his good performance the the TAFCA Allegro Championship, Dundee event held on Tues 26th Nov at Dundee Chess Club! He leads on 14 points from club mate David Findlay (Dundee) who won the Allegro that night! Defending champion Ray Flood (Dundee) is not far behind in equal 3rd place with Ed Spencer (Dundee) on 10½ points.

Angus Sneddon (Newport Knights) is the highest non-Dundee player in equal 3rd place with Ray Flood & Ed Spencer! As the winner of the Dundee Congress Minor 2019 he is not to be dismissed!

Still a long way to go but Laurenziu will take some catching if he plays in most of the Allegro`s!

The early leader after the Dundee Chess Congress and TAFCA Allegro, Kirkcaldy is Dundee`s Laurenziu Archip (1529) on 8½ pts. In 2nd place on 7pts is Andre Babin (Castlehill). Angus Sneddon (Newport Knights) is in equal 3rd place with Jan Barron-Majerik on 6½ pts. There is a very long way to go with a lot of events to be played!
—————————————————–

Tom Wardlaw (1174) from Perth Chess Club leads the way on 4½ points after the Dundee Chess Congress 2019. which started off the J.R.Chalmers Grand Prix.

Ray Flood (1509) (Dundee), the defending champion is hot on his heels in equal 2nd place on 4 points. Still a long, long way to go but what a start!

Please contact me if you spot any errors.   Email: nobleray59@yahoo.com

SEASON 2019-20
This years events for the J.R.Chalmers Memorial Grand Prix are as follows:

If you want to win it, you will need to enter as many as possible of the above events!

The tables have been updated with the TAFCA Allegro Championships Dundee results (Tues 26th Feb 19). Ray Flood (Dundee) is still top but Alastair Dawson (Dundee) is hot on his heels! There are not many matches left so can Ray hold on? Will Alastair pip him at the post by a nose? Or could it be someone else will sneak past them both on stealth mode? Watch this space….

The tables/standings have been updated with the Kirkcaldy Congress and Perth TAFCA Allegro Championship results. In top spot but only by 1 point is Raymond Flood (Dundee) on 15 points (Yes Ray I know it`s hard to take in!). Colin Young (Castlehill) is in 2nd place on 14 points (What?!). Both players played in the Kirkcaldy Congress and Perth Allegro which does make a big difference (Ray 5½ pts & Colin 4½ pts)!  Indeed Euan Dawson (Castlehill) has been leading from the start but did not play in the last two events and drops down to 4th place on 12½ pts. He has also been overtaken by his dad, Alastair Dawson (Dundee) who is in third place on 13½ pts after his good Perth TAFCA Allegro.

If you are going to play in only a few events, you need to win every time! But if you play in all the events, you can win this event by getting good results every time, but not winning any of them!

Ray Flood and Colin Young prove you don`t have to be high graded to have a chance of winning the J.R.Chalmers Grand Prix Memorial. That was the way it was designed and the very first winner was Ray Noble (Castlehill) which just proves it works! Mind you David Findlay (Dundee) is the current holder and he is no light weight (grade wise!) which goes to show it`s an open event for all grades!

For the full standings so far: “HERE”

After the TAFCA Castlehill, Euan Dawson (Castlehill) leads by 3 points on 12½ points, closely followed by Raymond Flood (Dundee) on 9½ points. In equal third is Alastair Dawson & Tommy Sutherland (both Dundee) on 8½ points.

J.R.CHALMERS MEMORIAL GRAND PRIX
This competition started in 2012-13 and is in memory of TAFCA`s late president Jim Chalmers (Dundee & Victoria). You get points by playing in J.R.Chalmers Grand Prix events and the player with the most points wins the title and the trophy.

This years Grand Prix events are:

So as you can see plenty of events to get points from. In the league you are not in control of playing, but all the other events you choose to enter or not. The more events you play in the better chance you have of becoming the J.R.Chalmers Memorial; Grand Prix Champion 2018-19!

Players are responsible for checking all information. Contact Ray if any discrepancies are noted.

Well this was a close one this season but congratulations go to David Findlay (Dundee CC) for becoming the J.R.Chalmers Grand Prix Champion 2017-18. This is the third time David has won the trophy. Defending champion Aaron Gourlay (Junior) (Perth) showed last year was no fluke by finishing in  equal 2nd place in his defense of the title.

Also in equal 2nd along side Aaron & David (Hall) is Declan Shafi (Castlehill) and Ray Flood (Dundee). This goes to show that if you wish to become the J.R.Chalmers Grand Prix champion, you need to take part in the Perth & Dundee congresses to have any chance of doing so.

Well played everyone and once again congratulations to David Findlay (Dundee), the J.R.Chalmers GP Champion 2017/18!